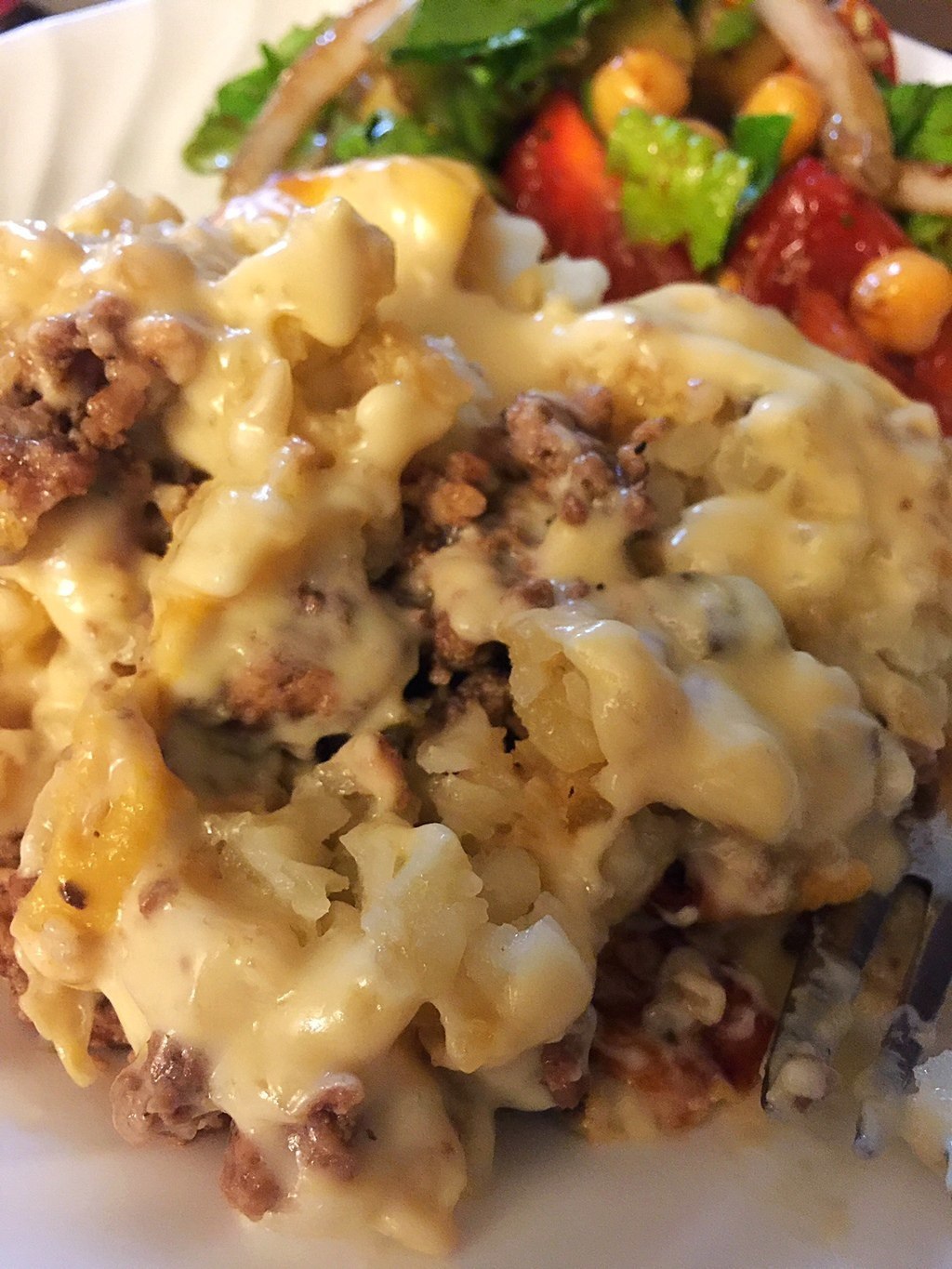 Variations of this recipe are found in countless old church fundraiser-type cookbooks.  Typically tater tot casserole is referred to as Tater Tot Hotdish.

According to Wikipedia: Hotdish is a variety of casserole which typically contains a starch, a meat or other protein, and a canned or frozen vegetable, mixed with canned soup. The dish originates from and is popular in the Upper Midwest region of the United States, particularly the states of Minnesota and North Dakota. Hotdish is cooked and served hot in a single baking dish and commonly appears at communal gatherings such as family reunions and church suppers.

This recipe makes a lot!  It’s perfect for taking to potlucks or serving large crowds.  You could easily half the recipe.

Brown two pounds of ground beef in a skillet.  Here I’m using a combo of half ground beef and half ground pork.  Season the meat.  I add a little less than one teaspoon salt per pound of meat, black pepper, and some garlic powder.  Transfer meat to a baking dish sprayed with non-stick spray.  I used a big huge roasting pan. 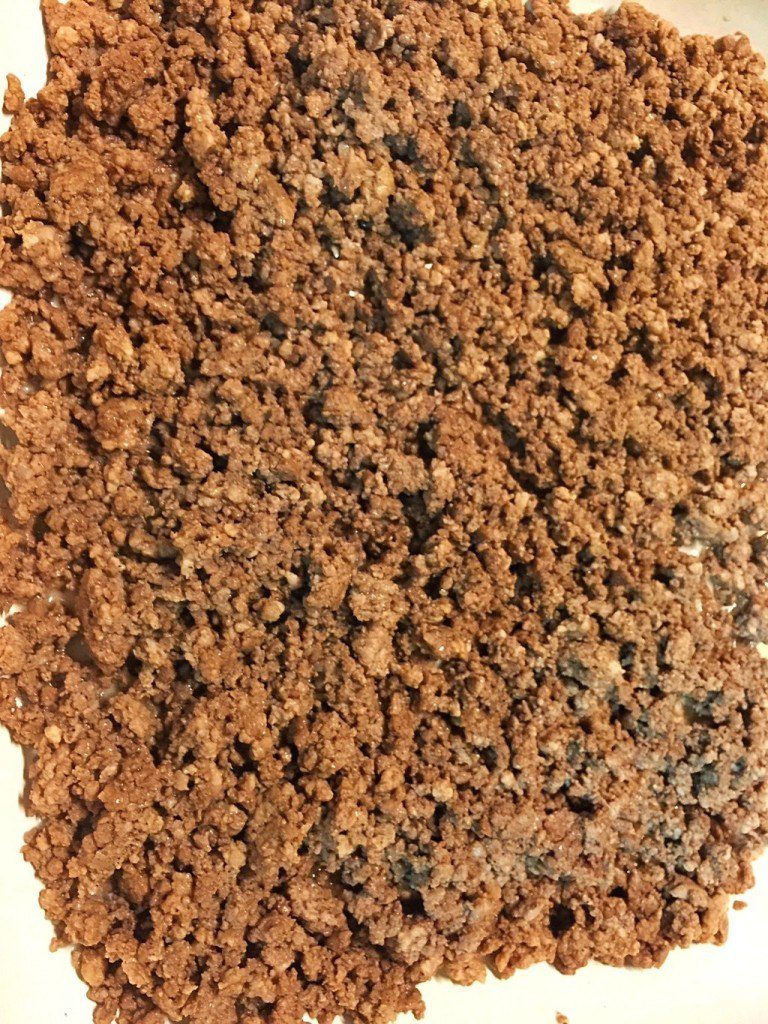 This tater tot casserole calls for two – two pound bags of tater tots.  I’ve used store brand tots in the past and I’ve used name brands, I haven’t really noticed any difference.  I buy what’s on sale.  When I made the recipe in the photos I used OreIda tots.  Layer the tots on top of the seasoned cooked meat. 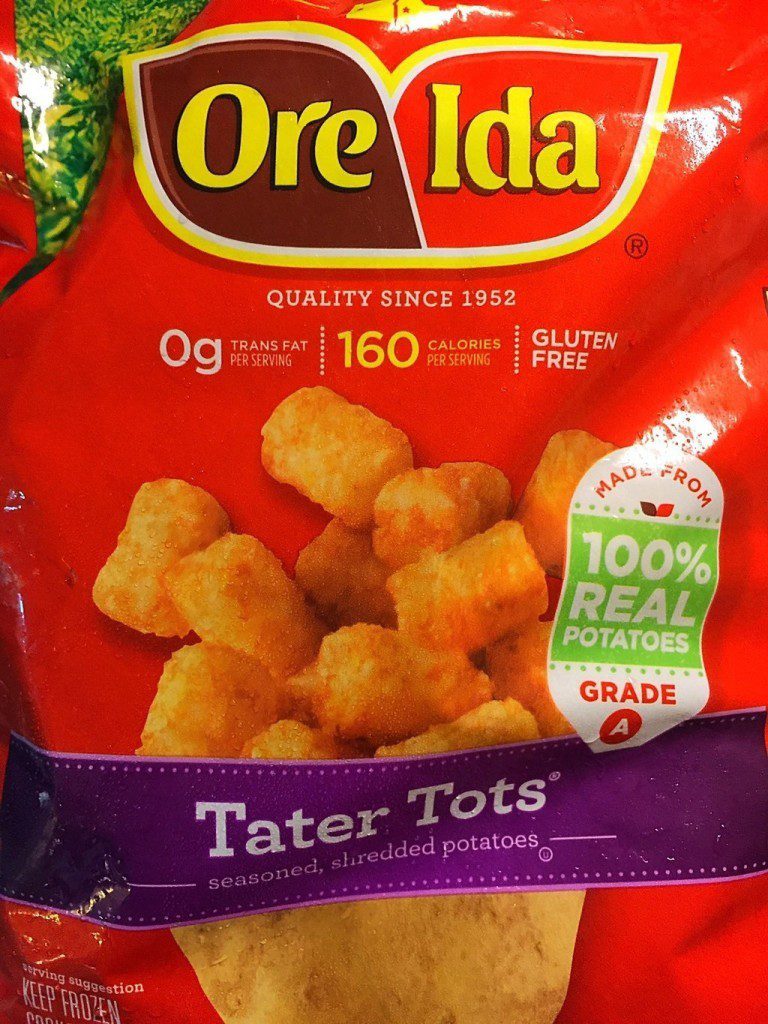 In a bowl combine cream of mushroom soup, cream of chicken soup, and evaporated milk.  Whisk together until well blended. 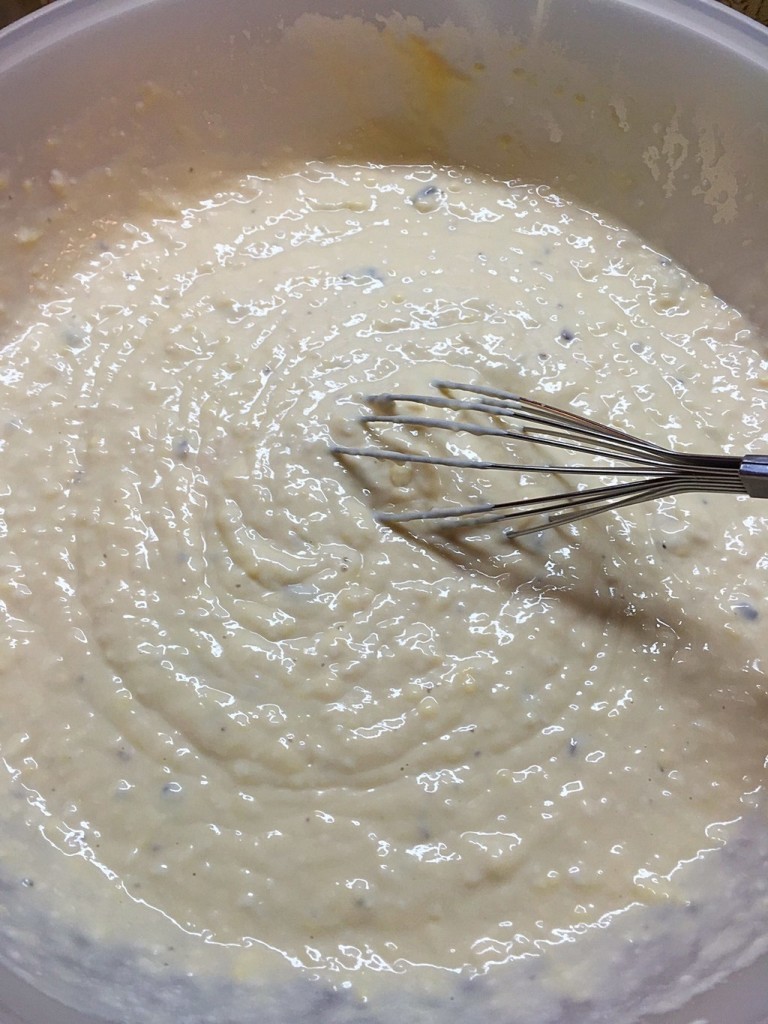 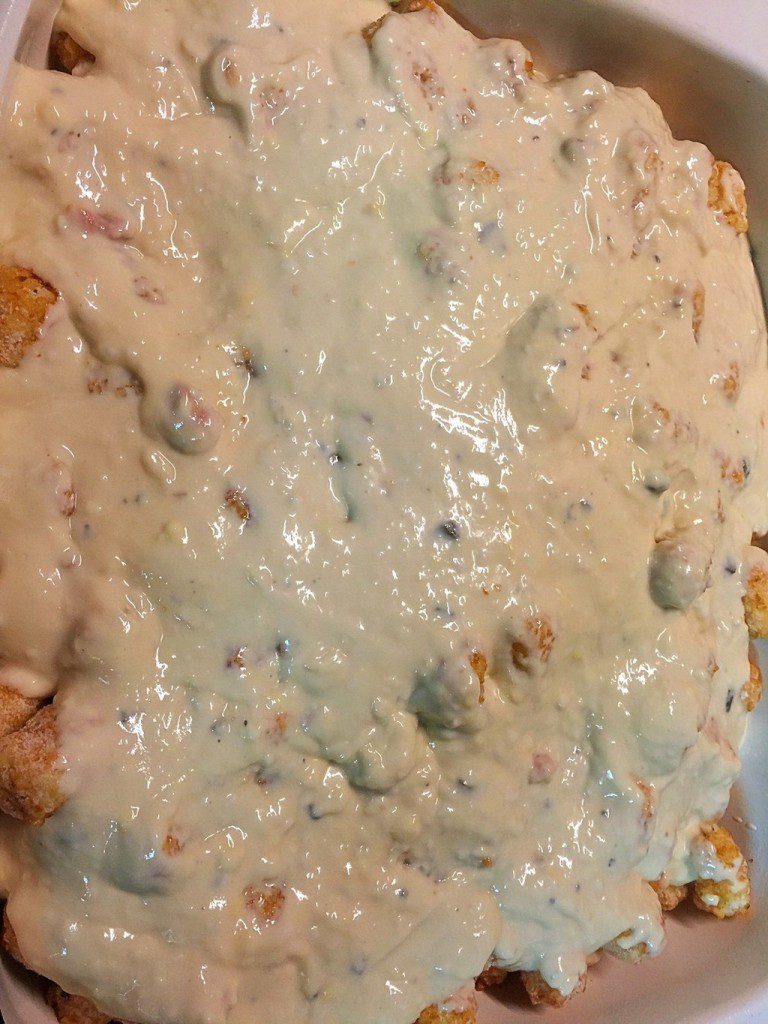 Bake at 350 for an hour or so.  I served tater tot casserole with a chopped salad and Everyone’s Favorite Italian dressing with balsamic vinegar. 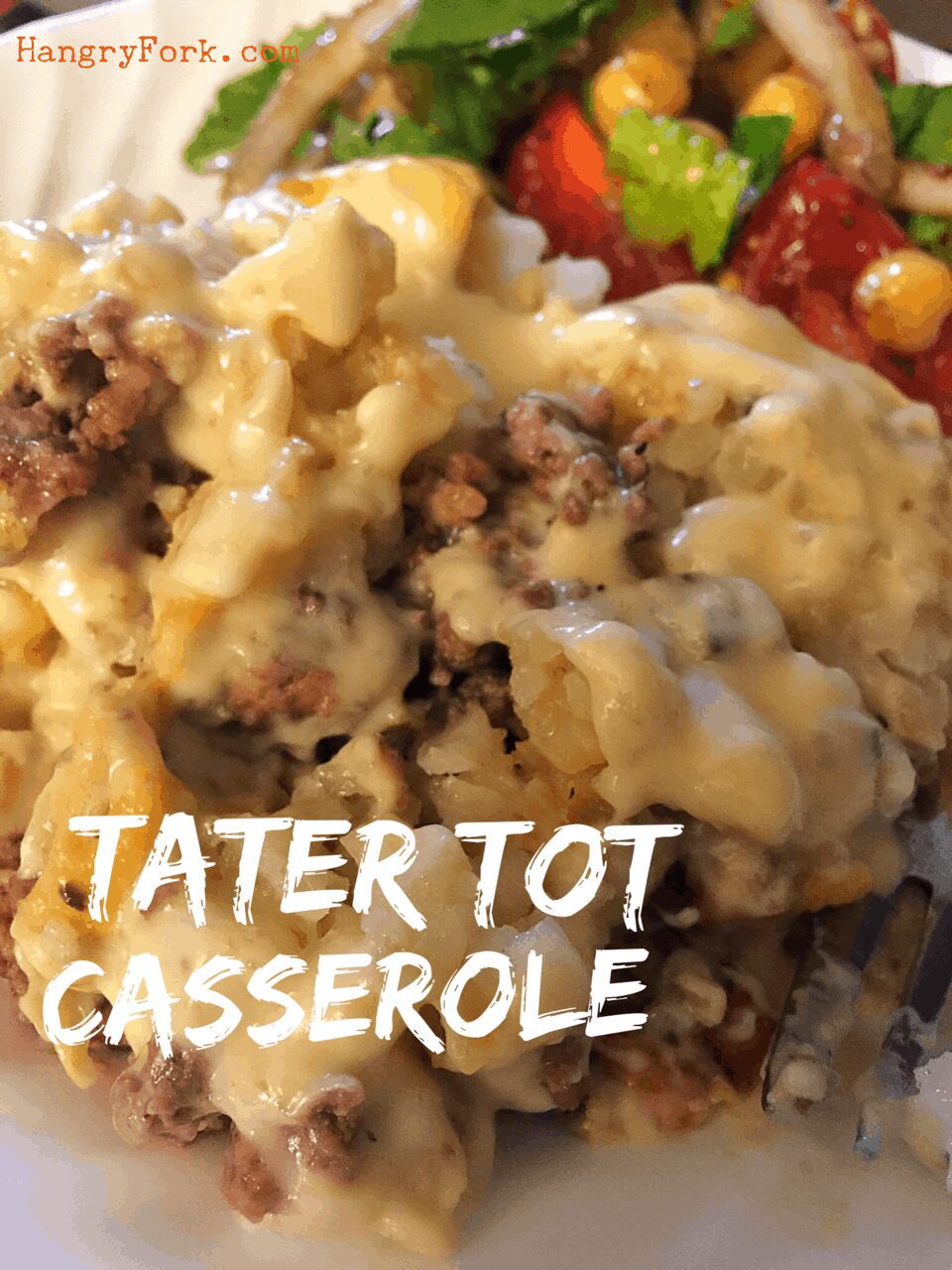 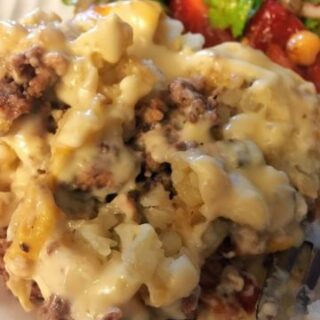