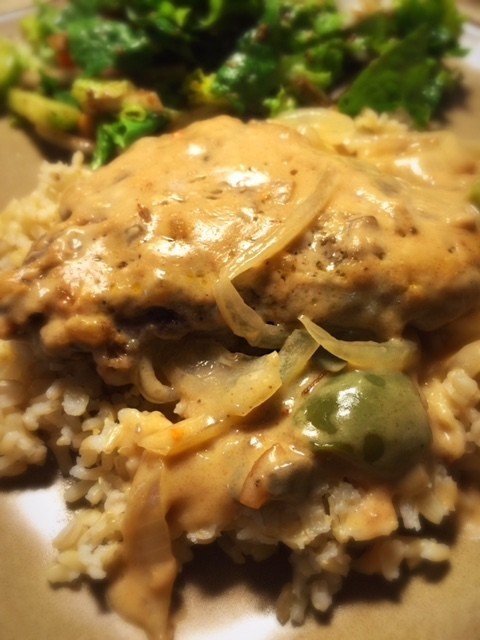 I made this savory cajun cube steak recipe last night for dinner.  It was so good, and different from anything I’ve made lately.  Everyone loved it!

I served this cube steak on top of brown rice, which I cooked in my Zojirushi rice cooker.  If you don’t have a rice cooker, you owe it to yourself to at least check them out.  Go read some reviews on amazon.  A rice cooker takes all the stress out of cooking brown rice, and rice cookers will keep your rice warm until it’s time to eat.  I also made a quick chopped salad with my absolute favorite salad dressing ever with balsamic vinegar.  What a fantastic dinner!

I really love oven steak recipes like this one because while the dish is cooking in the oven, I can do all the dishes and clean up the kitchen.  I also have time to make side dishes.

How to Make This Savory Cajun Cube Steak Recipe

I like to use a piece of foil to lay the cube steaks on.  Season both sides of steaks with salt, pepper, and granulated garlic powder. 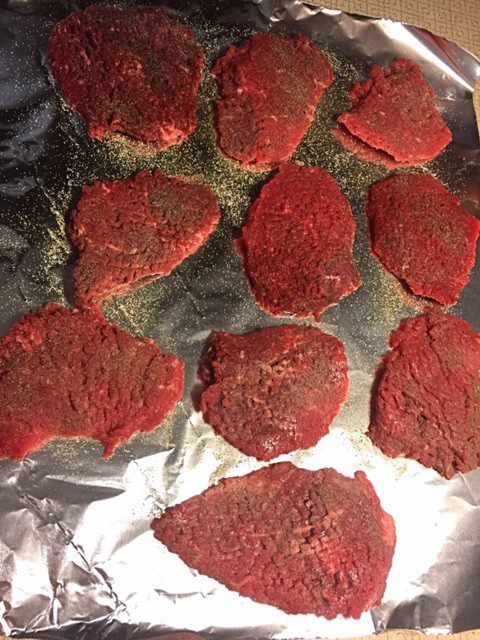 In a pie dish combine one cup of flour with one teaspoon of salt, pepper, and garlic powder.  Coat both sides of steaks with the flour mixture.  In a skillet heat up about 1/2″ of vegetable oil over medium. 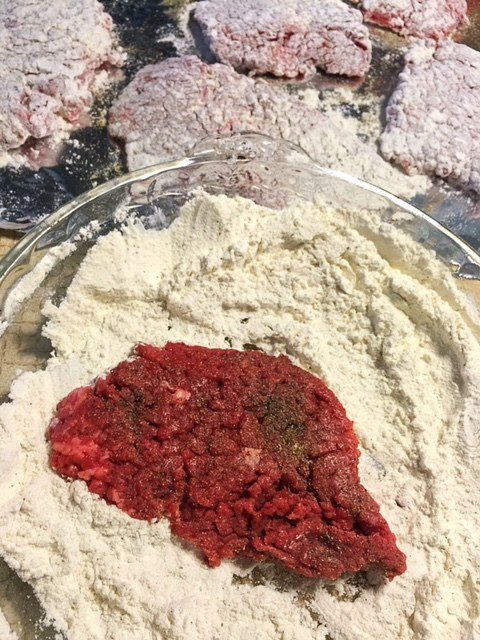 Test the oil to see if it’s hot enough by dropping a pinch of flour into the oil.  If the flour bubbles, you are ready to start browning the steaks in the oil.  Keep in mind, the steaks will cook over an hour in the oven, so they don’t need to be completely cooked in the oil, we’re just browning them.  Cook steaks in batches.  I cooked them for four minutes per side, and then drained the cooked steaks on a paper towel lined plate. 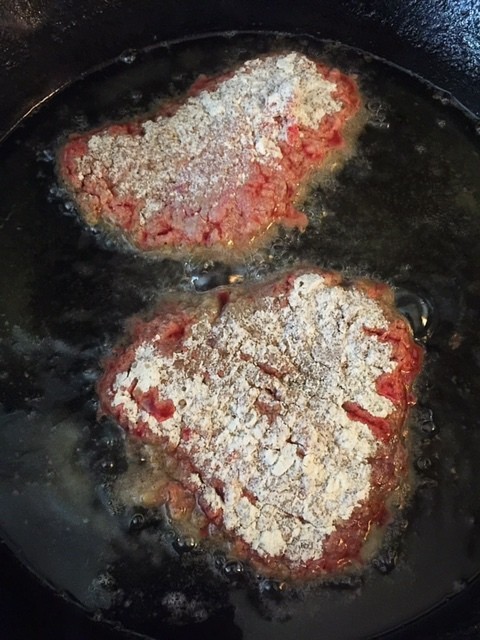 In a large bowl whisk together the ingredients for the gravy.  Paprika, cajun seasoning, garlic powder, Worcestershire sauce, Lipton onion soup mix, beef broth, and a big can (or two small cans) of cream of mushroom soup. 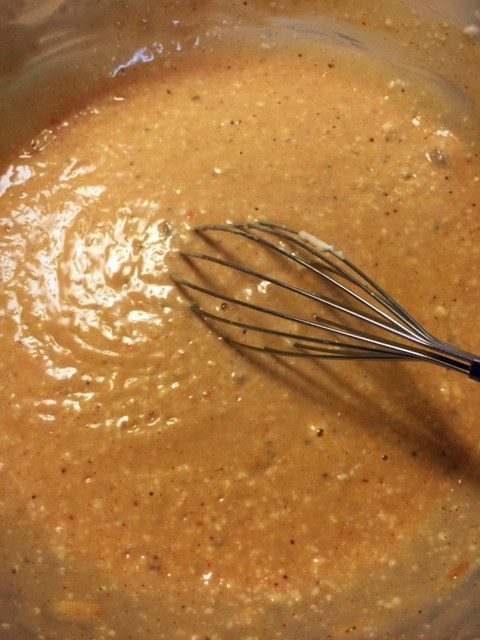 While the steaks are still cooking, prepare the casserole dish.  Spray the dish with non-stick cooking spray.  I used a big 15×10 pyrex casserole dish, like this one.  It’s clear, so it’s not showing up to well in the pictures.  Layer thinly sliced onion rings in the casserole dish.  I used two large white onions.  I recommend cutting the rings in half (I didn’t do that, as you can see in the photo, but I will cut them in half when I make this recipe next time). 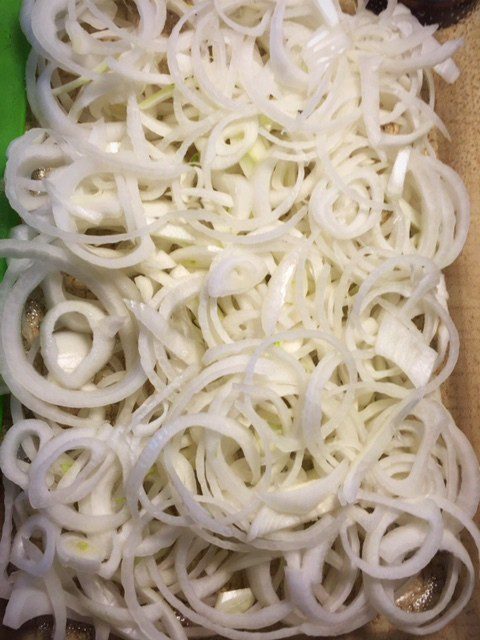 Top the onion slices with one thinly sliced bell pepper.  My husband did the all the slicing for me, what a good guy! 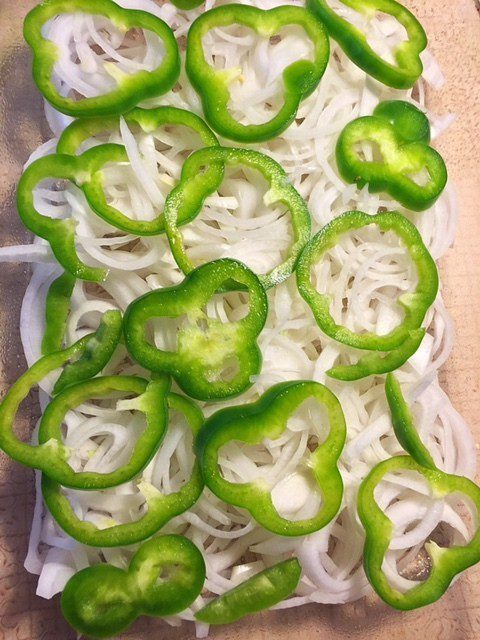 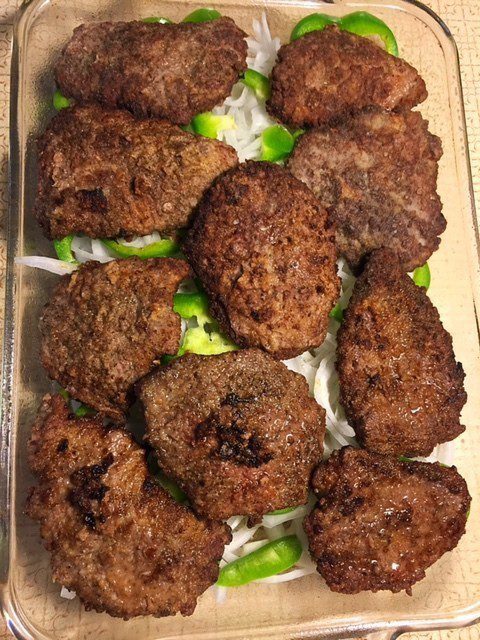 Then top the meat with the gravy mixture.  Cover tightly with foil and bake, at least, an hour @ 350.  If you have time, cook for one hour and 20 minutes. 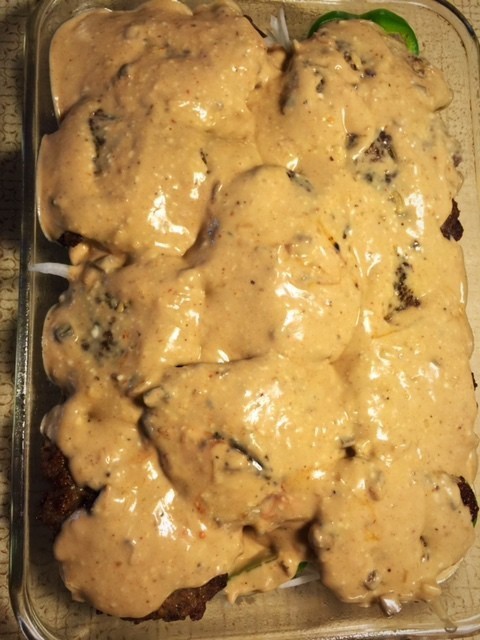 I served this savory cajun cube steak over rice or mashed potatoes.  Yum! 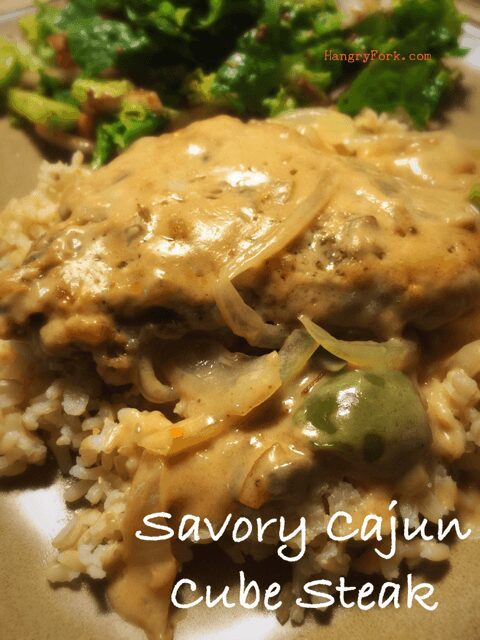 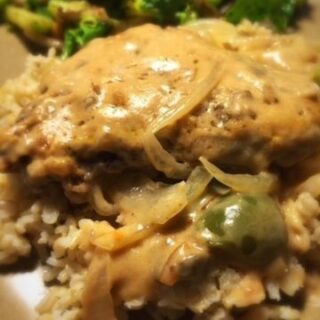 This recipe was inspired by a slow cooker recipe posted on Recipes For Our Daily Bread.

Great! I'll make this dish as a present for my wife on this weekend. Thanks for your nice suggestion.

I hope you both enjoy!

What a greta recipe! But I am so allergic to mushroom. Is it ok if I remove the ingredient in your recipe?

The recipe calls for "cream of mushroom soup" if you are allergic to mushrooms, you should probably skip this one. Thanks for stopping by!