This recipe is for cinnamon sugar pecans (candied pecans) made on the stove top, no oven involved!  This easy candied pecan recipe takes about 15 minutes to make and another 15 minutes or so to cool down and harden.   This batch of pecans disappeared about 15 minutes after the cooldown time.  My kids and husband couldn’t stop eating them.  They really are delicious!

These cinnamon sugar pecans would make a thoughtful gift for anyone on your Christmas list.  Amazon has so many options for wrapping up homemade food gifts. 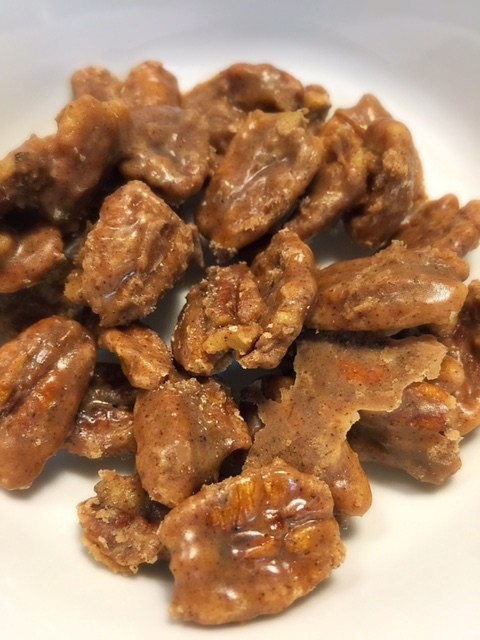 How to Make Candied Pecans 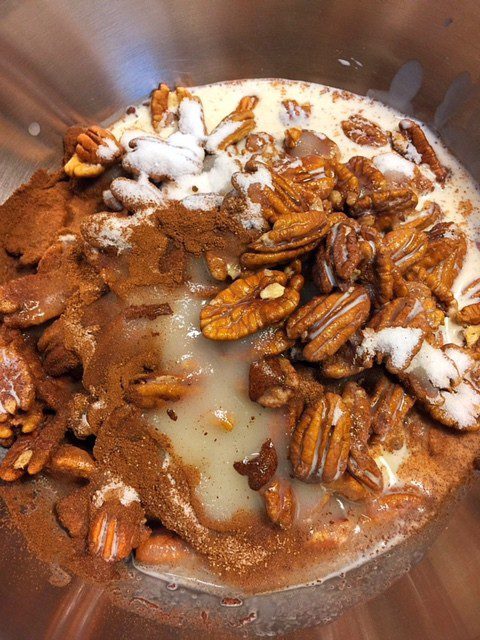 Cook the pecan mixture over medium heat, stirring constantly.  At first, the sauce will look thin like below. 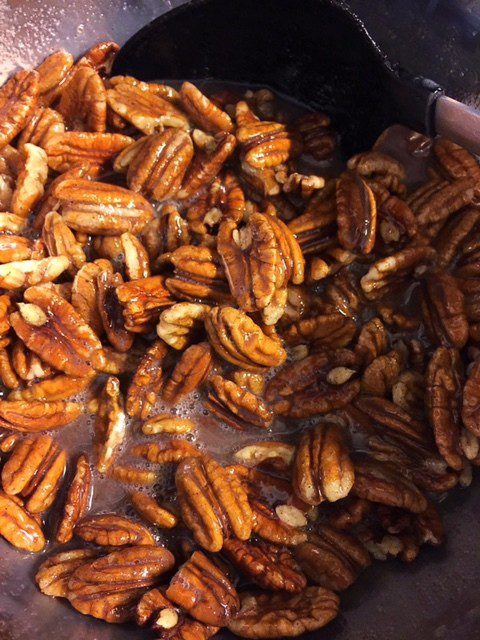 The picture below has just a little sauce left, so I kept on cooking the mix and stirring constantly.  In the picture below, you can see the candy sauce is starting to harden on my spoon. 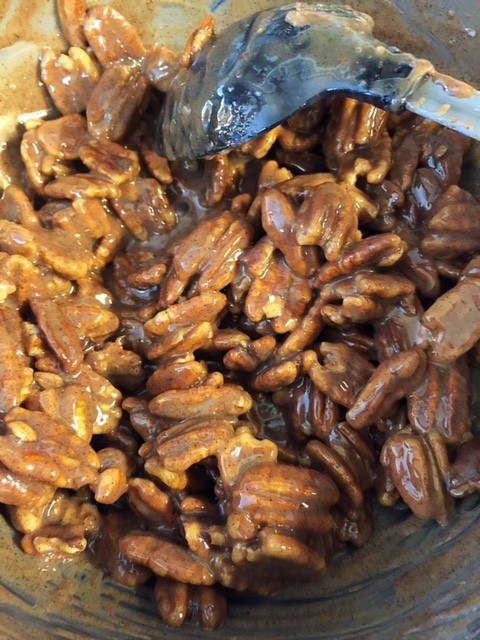 When the sauce was gone, I transferred the candied pecans to a cookie sheet lined with wax paper.  I tried to space them out so they’d cool down faster.  I had to work really fast because they harden pretty quickly.   As the pecans cooled down I had to stand guard to keep my son and husband from eating them.  The cinnamon in the recipe makes the house smell really nice and draws a crowd.

As they cooled down, the candy coating hardened. 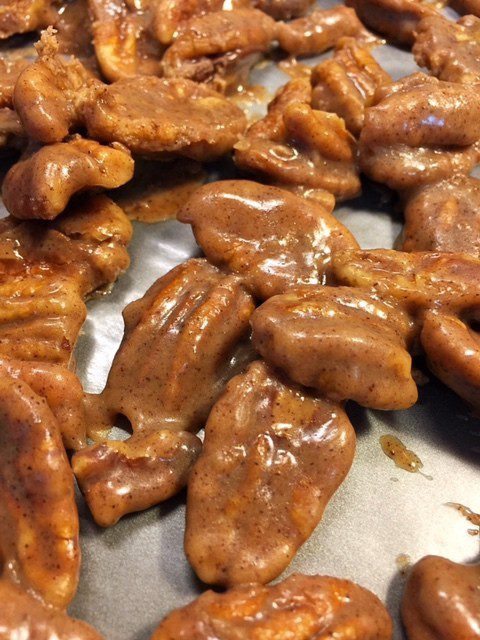 I snacked on a few myself, YUM!  Cleanup wasn’t too bad.  I soaked the saucepan in soapy water and then my husband washed it.  😀 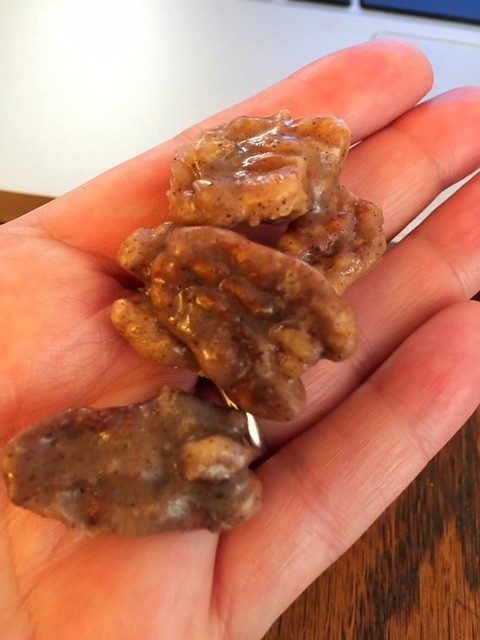 Ideally, I should have probably let the candied pecans dry a little longer, but they were dry enough that they were no longer sticky.  I have no idea how to store candied pecans because we’ve never had any leftovers.  I think a ziplock bag would work. 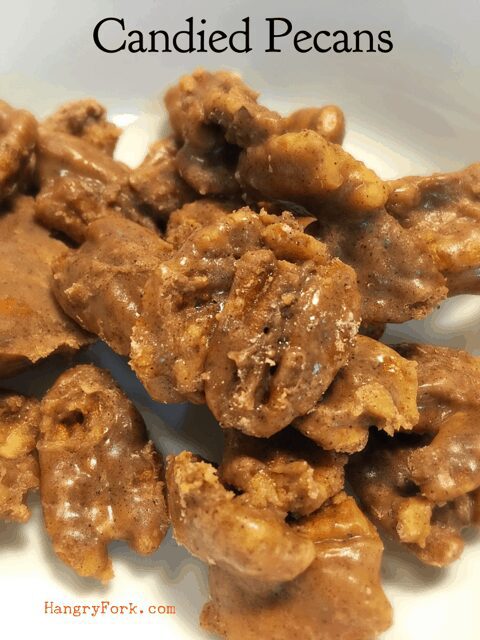 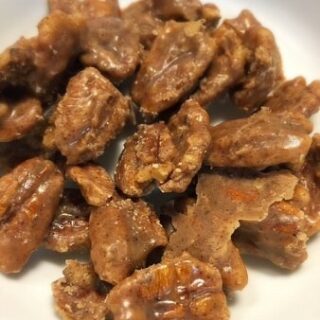 What is the self life? Im thinking about making these for christmas gifts.

At my house they always get eaten the same day.

Wow, these look so good! I have a salad recipe that uses candied pecans, and I've always searched the store for them. I didn't think about making them. Thanks for this great recipe!

I'm not really a nut person but these Cinnamon Sugar Pecans are delicious and so easy to make! Thanks for visiting and commenting Amy!