If you are ever in Indonesia near Jakarta I recommend visiting the Taman Safari.  You’ll drive through big cat enclosures.  It’s pretty amazing.

My husband worked in Indonesia the first 10 years of our marriage, he rotated working 28 days on and 28 days off, but he had to travel on his days off.  In the years he worked there, I went and visited Indonesia three times.  The first time I went I was seven months pregnant with daughter #3 and took daughter #2 with me, she was 11 months old at the time.  Our oldest stayed in California with my mom.

On my second trip to Indonesia, I flew to Jakarta with all four of our kids.  We used my husband’s frequent flyer miles, so we basically flew for free.  The trip was a blast, we stayed three days in Singapore before heading over to Jakarta.  While in Indonesia, we visited the Taman Safari.  The safari is a drive-through, you stay in your own car and drive through all the exhibits.  At the end of the drive, you have the chance to interact with animals.

These pictures are from my second trip to Indonesia when I took all four kids with me.

My son with a real tiger cub. 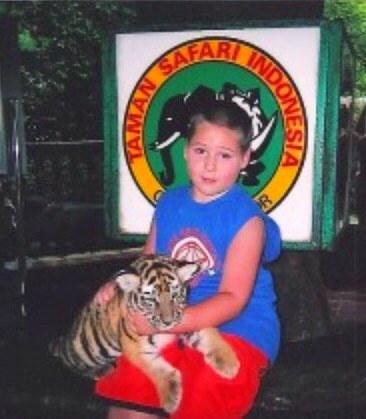 Daughter #3 with a leopard. 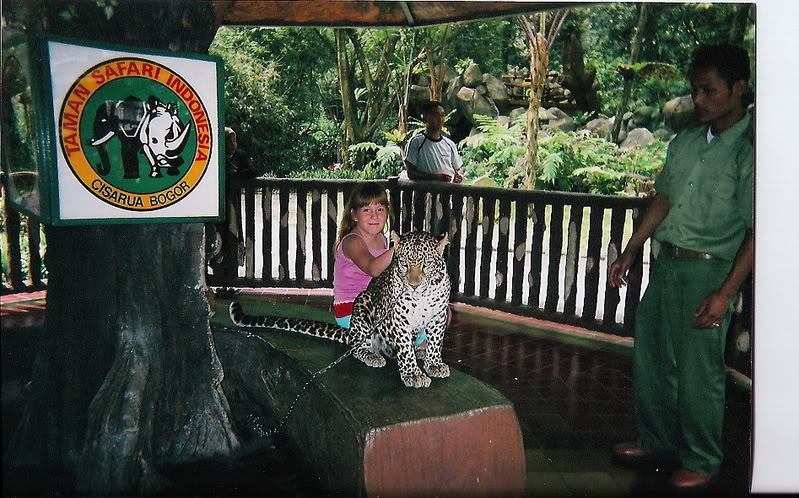 Daughter #2 with an elephant. 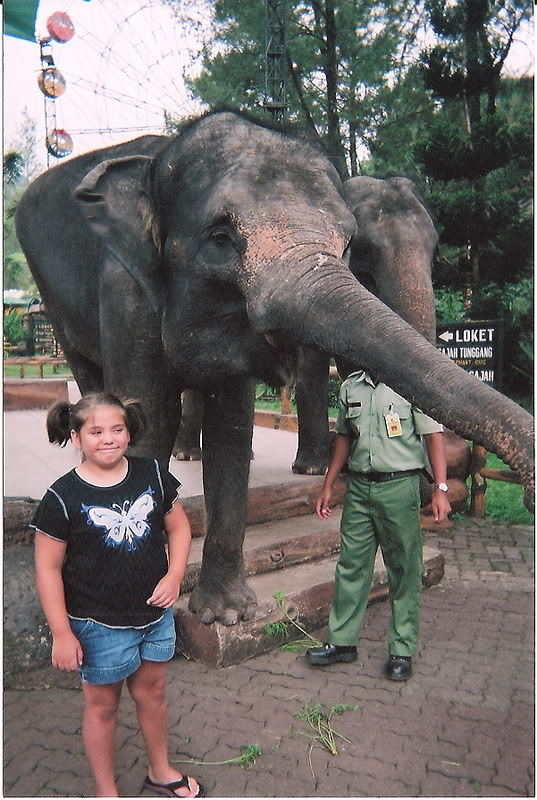 Daughter #1 with a baby orangutan. 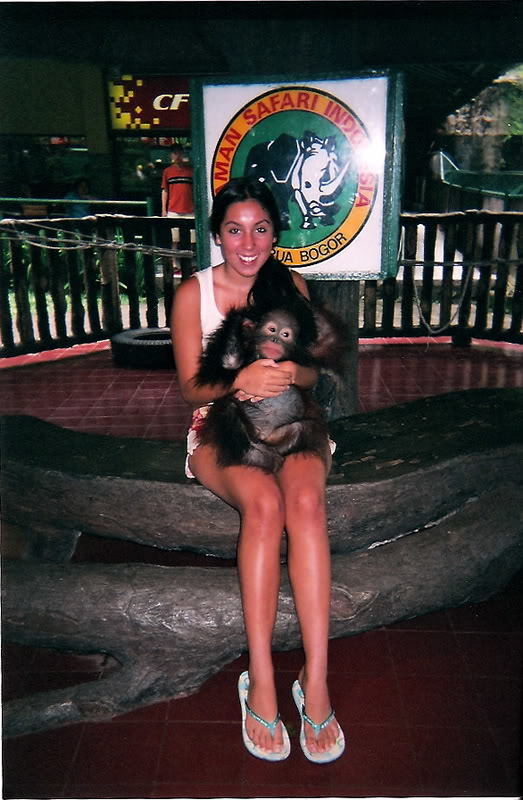 My husband had a short-term consulting job in Jakarta in 2012.  He was staying in a really nice hotel apartment so I went over and stayed with him.  We got the chance to go to the Taman Safari again.

My husband and I sound like total dorks in these videos.

This hippo was hanging out in the road begging for carrots. 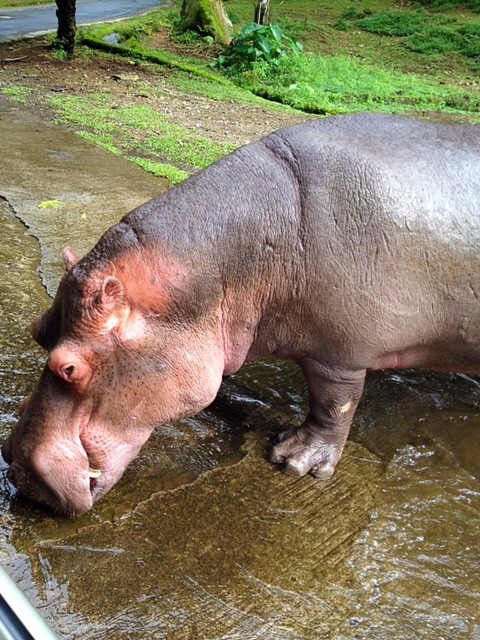 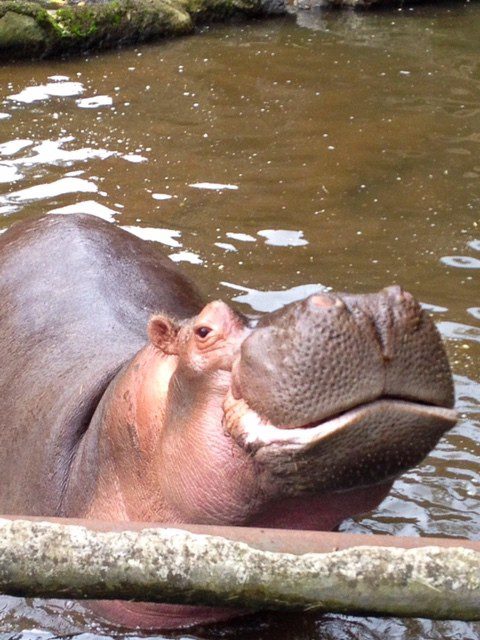 I’m not sure what this guy is. 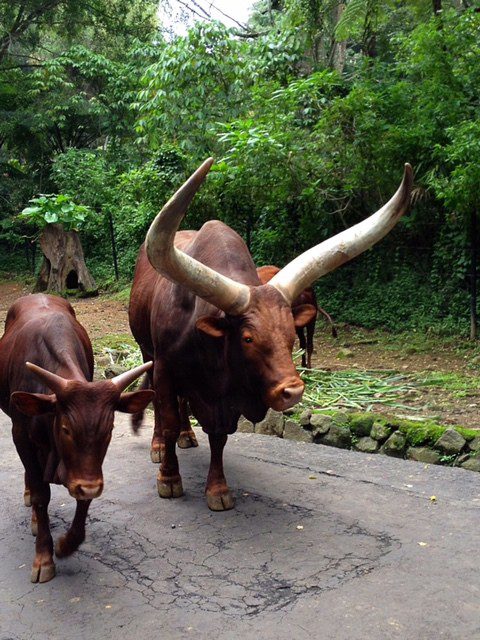 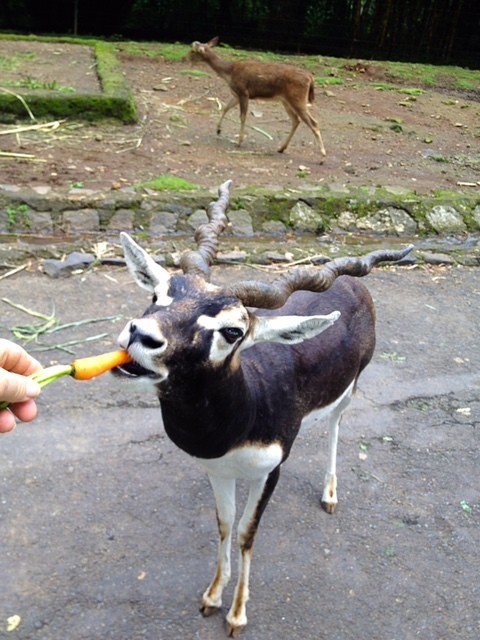 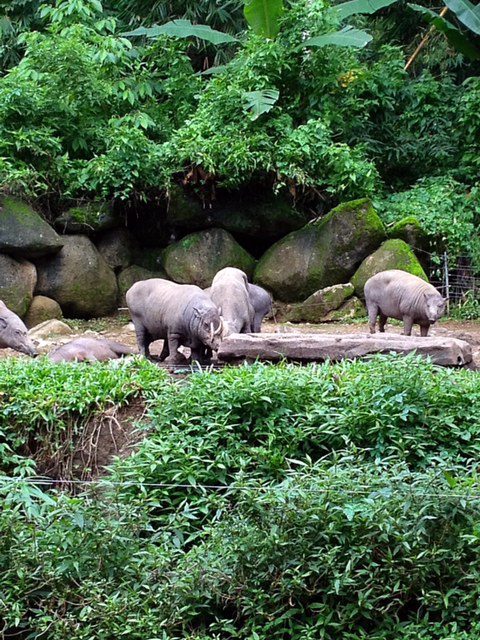 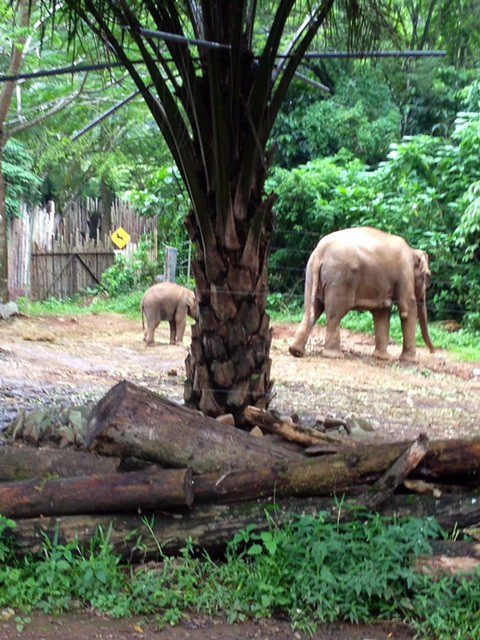 Below looks like a display but these animals were real.  I’m not sure what they are called. 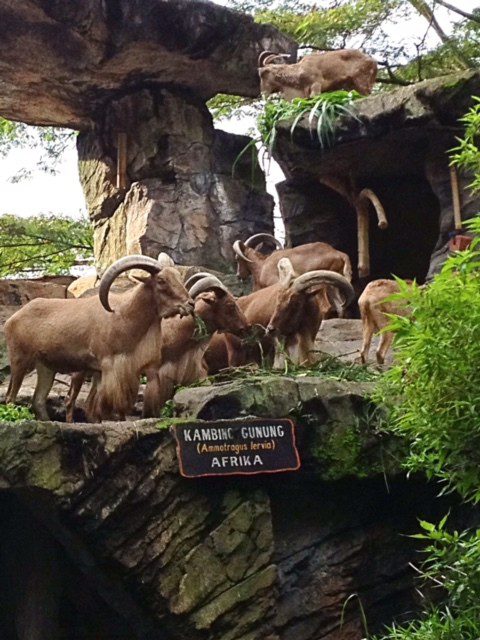 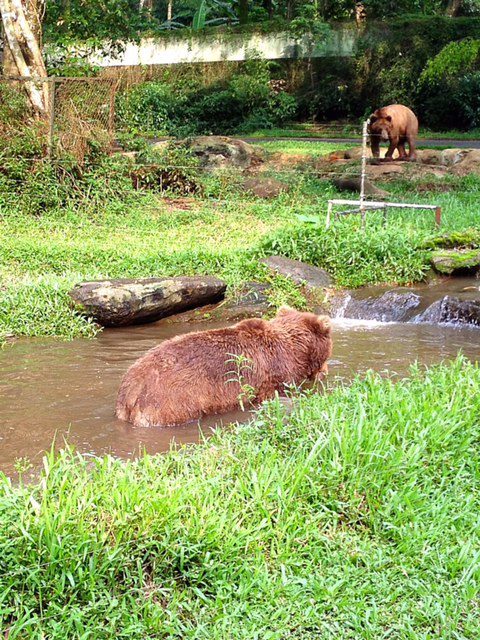 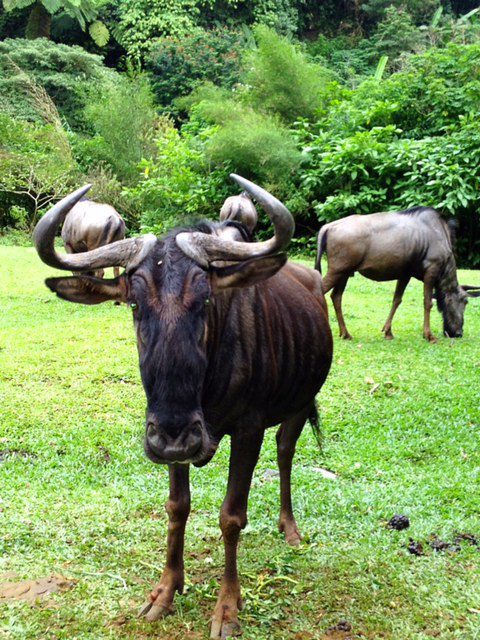 I’m participating in the A to Z Challenge.  This Indonesia’s Taman Safari post is my “I” post.

Check out these Asian inspired recipes

Such Beautiful creatures! And a lifetime of memories. It's neat that you got to experience this.

I agree Mary! We were very fortunate to get the opportunity to have this adventure.

This is a great one Shelly.I love the photos,they fed my eyes to an adventure. i felt like I was there.

Thank you Aisha! If you ever find yourself in Indonesia, it's worth the drive to the Taman Safari. Thanks for visiting and commenting.

It's tough having someone you love so far away, but the perk of visiting someplace you'd have never gone otherwise is pretty cool. My son has lived in Vietnam for over 6 years, and I visited for almost a month. It was awesome.

Oh wow Vietnam? How awesome that you got to go visit him for a whole month! Thanks for visiting and commenting Abby!

Excellent photos. Such a great education for your kids to travel and learn about the wildlife.

Thanks Ellen! We had so much fun on this trip. I hope to go again some day.