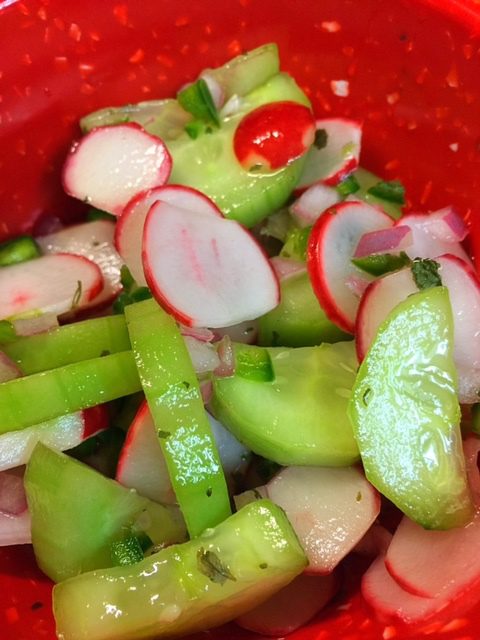 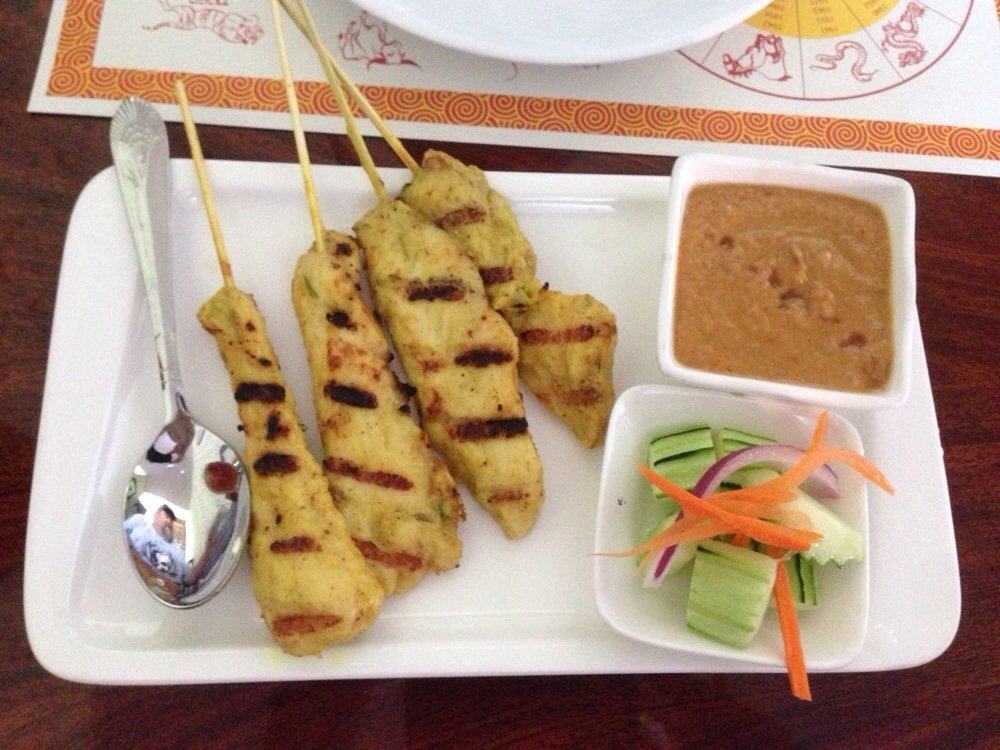 I don’t think I have ever seen a Thai salad come with radishes, but since we like radishes and I had some on hand I figured why not?  If you are making this dish ahead of time, I would probably skip the radish slices and instead use another cucumber, or add the radish slices right before serving.  The radishes are tasty but the red on the radishes can run from soaking in the cucumber salad dressing after a few hours.

How to Make Thai Cucumber Salad

In a small saucepan combine 1/2 cup rice wine vinegar with 1/4 cup granulated sugar, and 1/2 cup water. Heat until the sugar is dissolved, remove from heat and let the dressing cool to room temperature.  While the dressing is cooling, prepare the vegetables.

Peeled one English cucumber, cut it in half, and then sliced it.  Wash one bunch of radishes and then slice them.  Mince up half a small red onion (you could substitute green onions for the red onion).  I also diced up half a seeded jalapeno.  My jalapeno was really big, which is why I only used half in this Thai cucumber salad.

When the dressing has cooled down to room temp, pour it over the cucumbers and toss to coat everything. 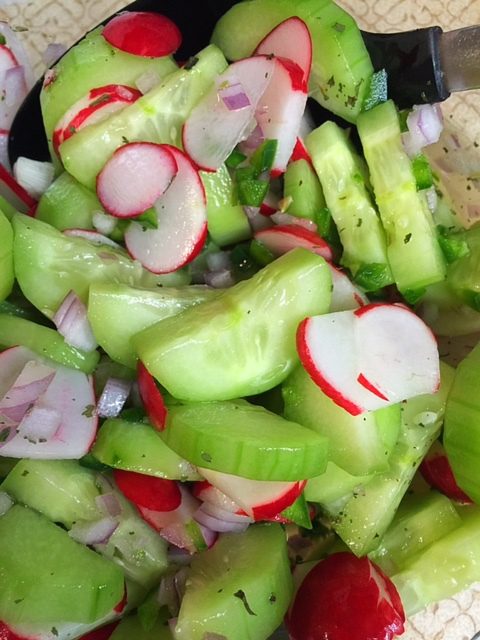 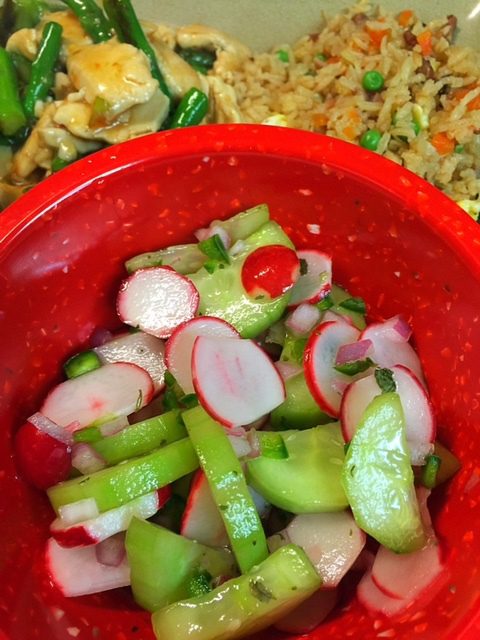 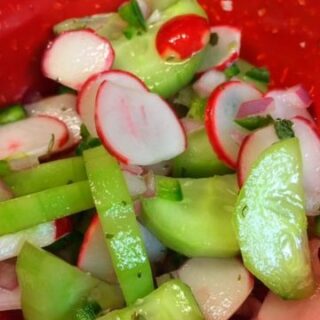 I absolutely love growing lemon cucumbers.  I’ve tried to grow so many different varieties of cucumbers and no matter what I do, they always turn out bitter, except for lemon cucumbers.

I love Thai food and this salad look so fresh and tasty!