Harbin Hot Springs is located near Middletown, California.  If Middletown sounds familiar it’s because Middletown was all over the news last year when the Valley Fire hit and burned down 1,281 houses, killed four people, and displaced over 18,000 people from the surrounding areas.  Middletown (population 1,320 pre-fire) is a two-stop light town in Northern California where I happen to live about 10 minutes outside of town. My husband and I have raised our four kids here on our little piece of land for the past 21+ years. 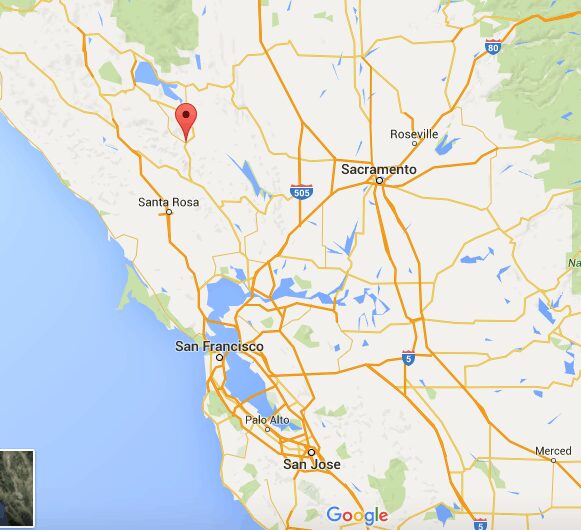 Our oldest daughter had a good friend all through elementary and high school who lived near Harbin and this girl’s father was a specialist in some sort of naked swim massage at Harbin, called Watsu.  He traveled the world teaching people his naked swim massage techniques.  Oh, how my imagination runs wild wondering what his techniques are/were.  I occasionally still see his (younger) wife (the girl’s mom) while grocery shopping and I’m always tempted to ask her about her husband’s massage techniques but I never do.  For some reason, her being braless really intimidates me.  I believe this is the dad in the video below.

About 13 years ago my sister-in-law, Annie, told me stories of naked people at Harbin hanging out and how she and her friends wished they had blindfolds and that’s all I needed to know that Harbin wasn’t a place for me, but I was so wrong!

I don’t have the sudden urge to run buck naked in front of strangers but after Harbin was wiped out by the Valley Fire on 9/12/2015, I visited Harbin’s Facebook page and was intrigued by what I saw.  Harbin’s buildings and the grounds were quite beautiful.  Harbin was super cool and visitors don’t have to get naked unless they want to!  Clothing is optional friends.

The good news is Harbin is going to rebuild!  I can’t imagine how funky and cool their new buildings will be.

My husband and I went out for a Sunday drive a few months ago and we ended up at Harbin’s driveway. There was nothing there except two newer travel trailers (moved in after the Valley Fire) and an extremely friendly groundskeeper/guard.

The buildings are all gone, the trees are there but they are burned black and appear to be dead, everything is just gone.  It’s really sad, Lake County, surrounding counties, California, nudists, gawkers, and history lovers lost a real jewel when Harbin burned to the ground.  The groundskeeper/guard told us Harbin plans to be reopened by September 2016, for camping.  There are some really cool photos on Harbin’s website.

Here’s what Harbin Hot Springs Used to Look Like

**** I just want to note that Harbin isn’t the hippie druggie place it used to be, or at least, I don’t think it is. 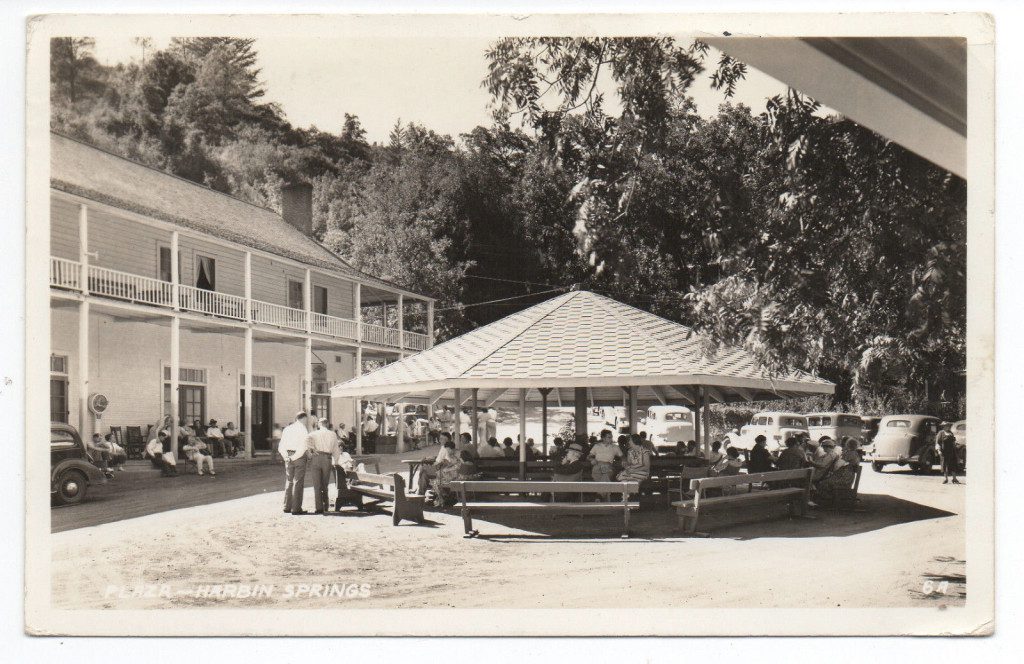 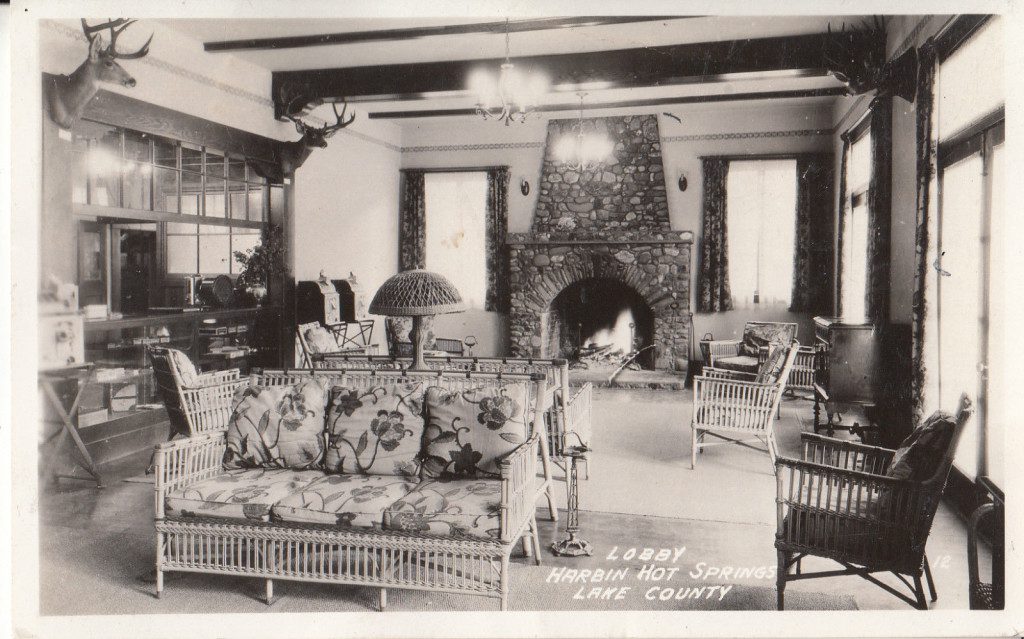 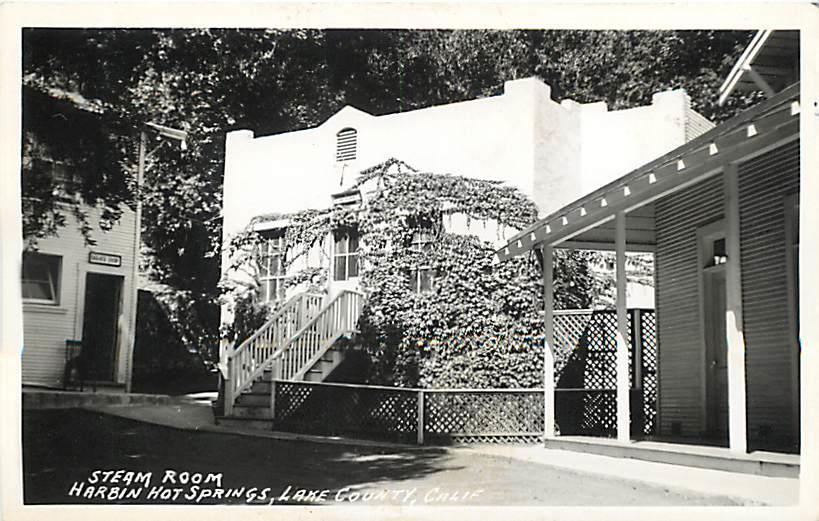 1940’s Harbin Hot Springs Gas Pump.  Currently (2016) we only have one gas station in Middletown so I’m surprised Harbin had their own. 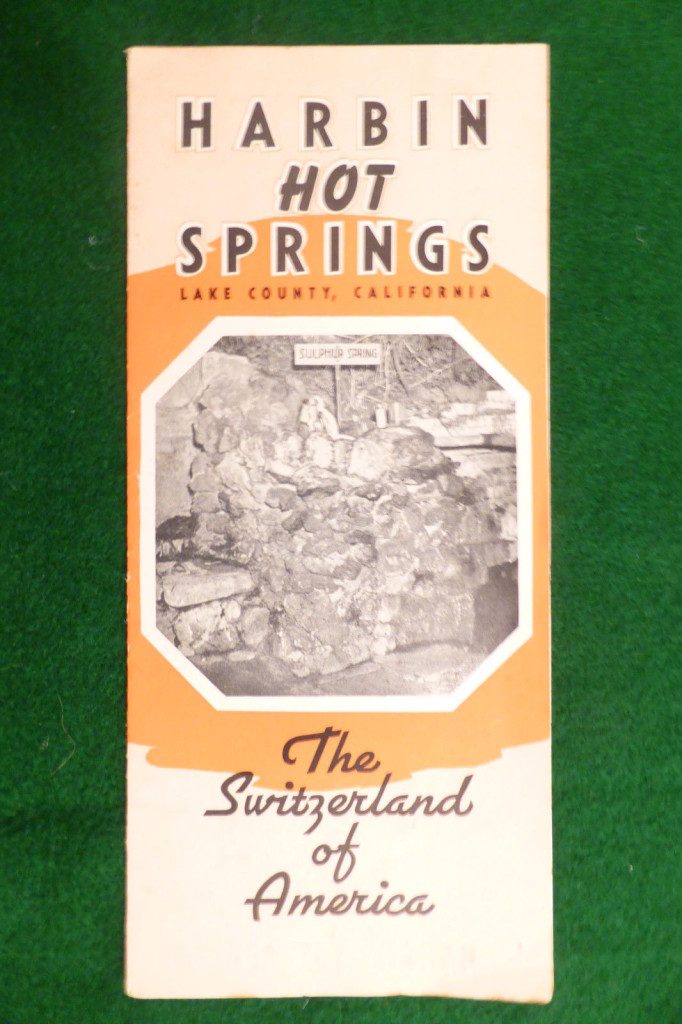 I’m participating in the A to Z Challenge, and it’s my first time!  This Harbin Hot Springs post is my “H” post.

By the way, Harbin is open again now! I recently went. It’s not what it was, but it’s on its way. The pools are all brand new and really nice. This is one of the few Hot Springs that has two large warm pools and a super hot pool and a cold plunge. That combination is really amazing- so relaxing! But please don’t do the super hot/cold alternating if you have a heart condition!

Great post. I discovered Harbin when I was just out of high school. I used to drive up from the south end of the Bay area and camp out near the pools. It was the most serene, peaceful place. That was in the mid 70's. I've continued to make an annual pilgrimage until just before the fire even though I moved out of state. While it's heart breaking to think of how devastated the landscape and property are, I know they will create something beautiful. And when they do come back, you should go! I think you'll change your mind. Thanks much for all the wonderful pictures especially the historic ones.

Thanks, Karina! We drove up to Harbin after the fire and it was really devastating. I can't even begin to imagine what the new Harbin will look like, I'm sure it'll be amazing! I now follow Harbin on Facebook. ;D

Wow! I'm not too into "clothing optional" myself, since it seems like the people who opt not to wear clothing are always those you least want to see without clothing... and I definitely have no desire to become one of them, but I've always wanted to visit a hot spring. I didn't realize we had any in California, but I guess I shouldn't be surprised; I mean, if LA has boiling tar pits, why not hot water, too, right? Plus if I don't have to visit The Hellmouth (as a friend refers to LA), all the better. ;)

Laura - Lake County (where Harbin is located) has lots of geothermal activity, there are many steam power plants. There used to be a bunch of hot spring resorts to visit here, but it seems like most have burned down. Harbin is rebuilding and should be open for camping by September.

LOL "The Hellmouth" I haven't heard of LA being called that but I like it... a lot. The La Brea tar pits are cool. One time we were visiting Disneyland with a three-day pass and it was raining, so we skipped the 3rd day at Disneyland and went to the tar pits instead. They had a blast.

Thank you for visiting and commenting!

Some people should never be seen naked. But then again, if you aren't thinking of the sensuality or sexuality of it, it probably isnt all that bad. There's something about being 'free'. Just make sure you put a towel down before you sit. ;)

I think Harbin does have a towel policy. Thanks for visiting Mary!

I didn't realize there were areas like this so publicly accessible. I love that old photo/postcard from the pool. That looks like a great setting for a novel! It's great they've decided to rebuild.

Amy, I think the day visit rates and the rates for staying at Habrin were really affordable. It's definitely a cool place and I am happy they are going to rebuild. I can't imagine all the crazy things that went on there. Harbin would be a very cool setting for a novel. Thanks for visiting!