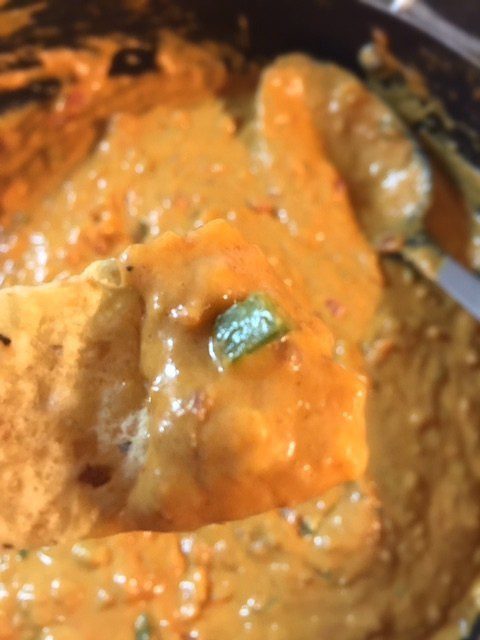 I love homemade queso dip made with real cheese and not Velveeta.  I’ve been making a variation of this recipe for many years and it’s quite good.  I woke up one morning last week craving nacho cheese and I had one tube of chorizo that needed to be cooked, the result is this chorizo queso dip.  My kids went crazy for this nacho cheese recipe, there weren’t any leftovers and two of my kids have been begging me all week to make this recipe again.

I will say this about the recipe, when I dreamed this recipe up, I was a little worried the queso dip may turn out a little greasy from the chorizo but I found the opposite was true.  I almost didn’t have enough fat to cook the flour in and thought I would have to add a little butter, but it worked out without adding anything in.

How to Make Homemade Queso Dip

Open the chorizo and warm it up in a non-stick skillet over medium heat. 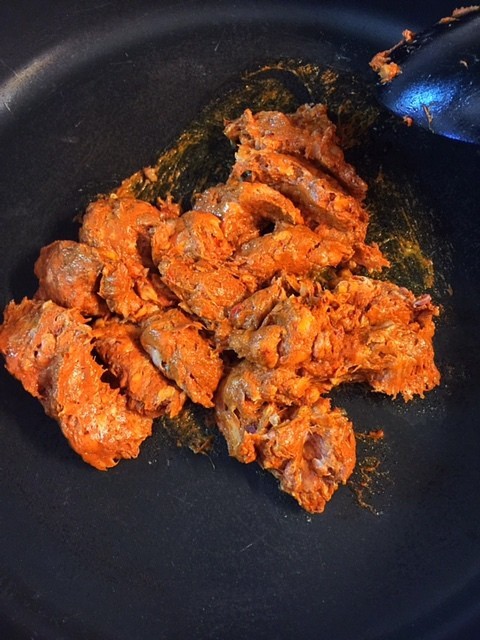 While the chorizo is warming up mince up a seeded jalapeno and half a small onion.  Add the minced onion and jalapeno to the chorizo. 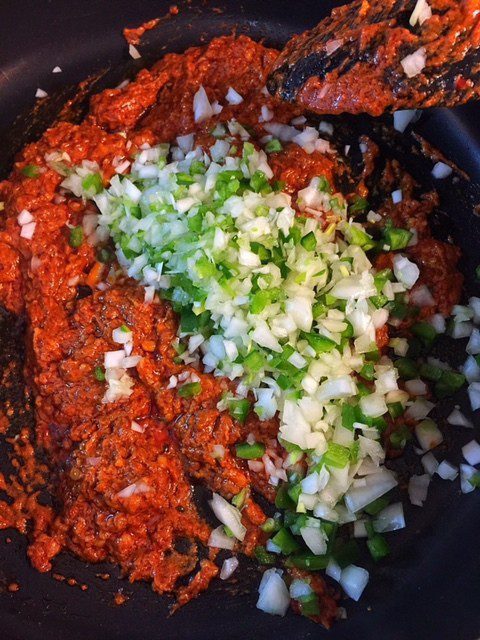 For this next step, you will need to have at least four tablespoons of fat in the skillet, if your chorizo doesn’t have much fat, then add a little butter to make up the difference.  When the chorizo is cooked and the onions and jalapeno are softened add four tablespoons of flour to the pan. 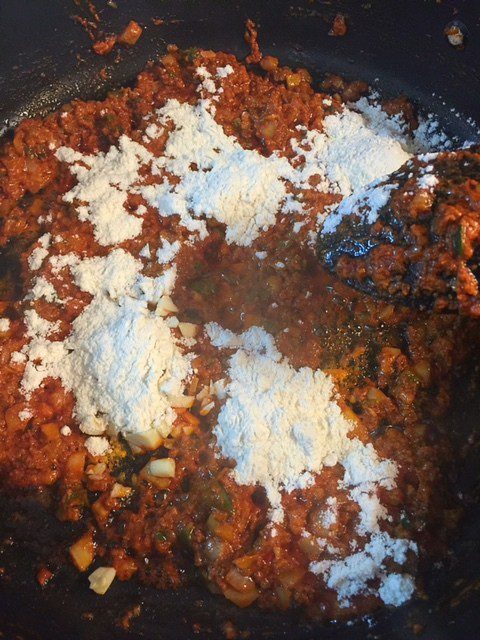 Cook the flour in the chorizo fat for two minutes.  You can see in the picture below, I was running a little low on fat, and actually considered adding in a little butter, but it worked out fine. 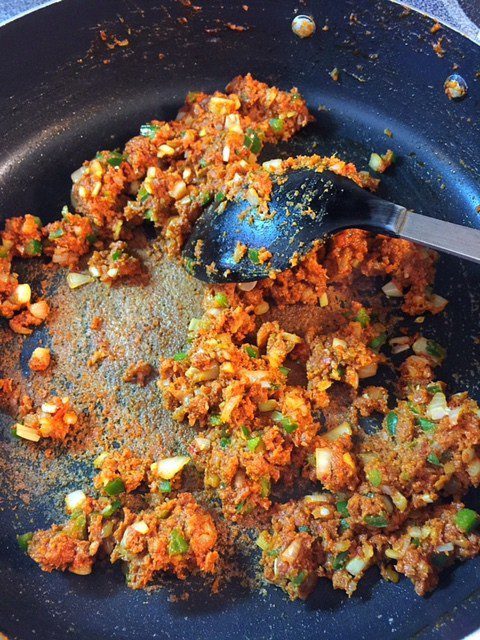 Next add in milk.  Add a little at a time, stir it in let the sauce thicken and then add in a little more milk, repeat.  After all the milk is added in stir in a cup or so of either cheddar or taco cheese.  While cheese melts in, chop up a tomato (I used a Roma).  Add the tomato to the homemade queso dip and stir it in. 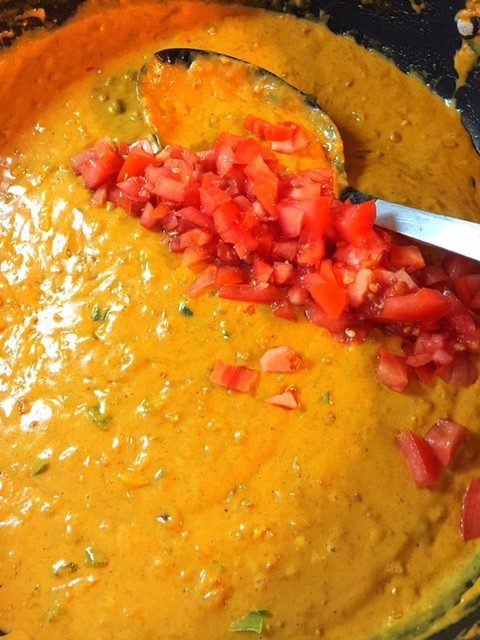 Your nacho cheese recipe should look something like below.  Isn’t it pretty?  Taste for salt. 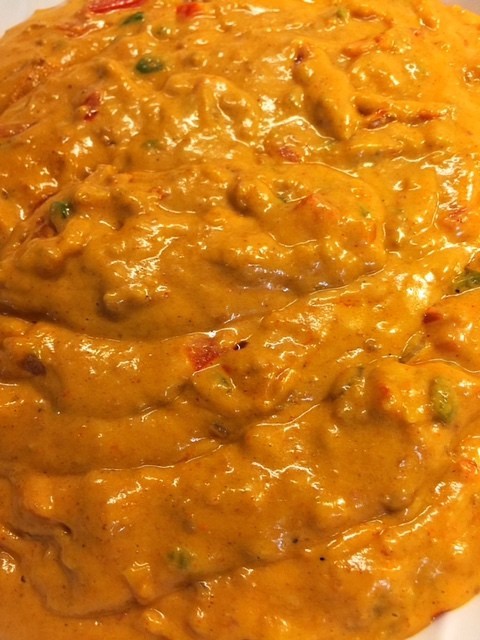 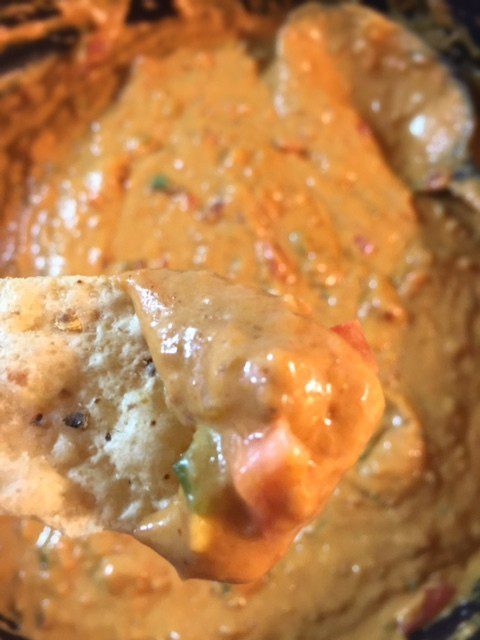 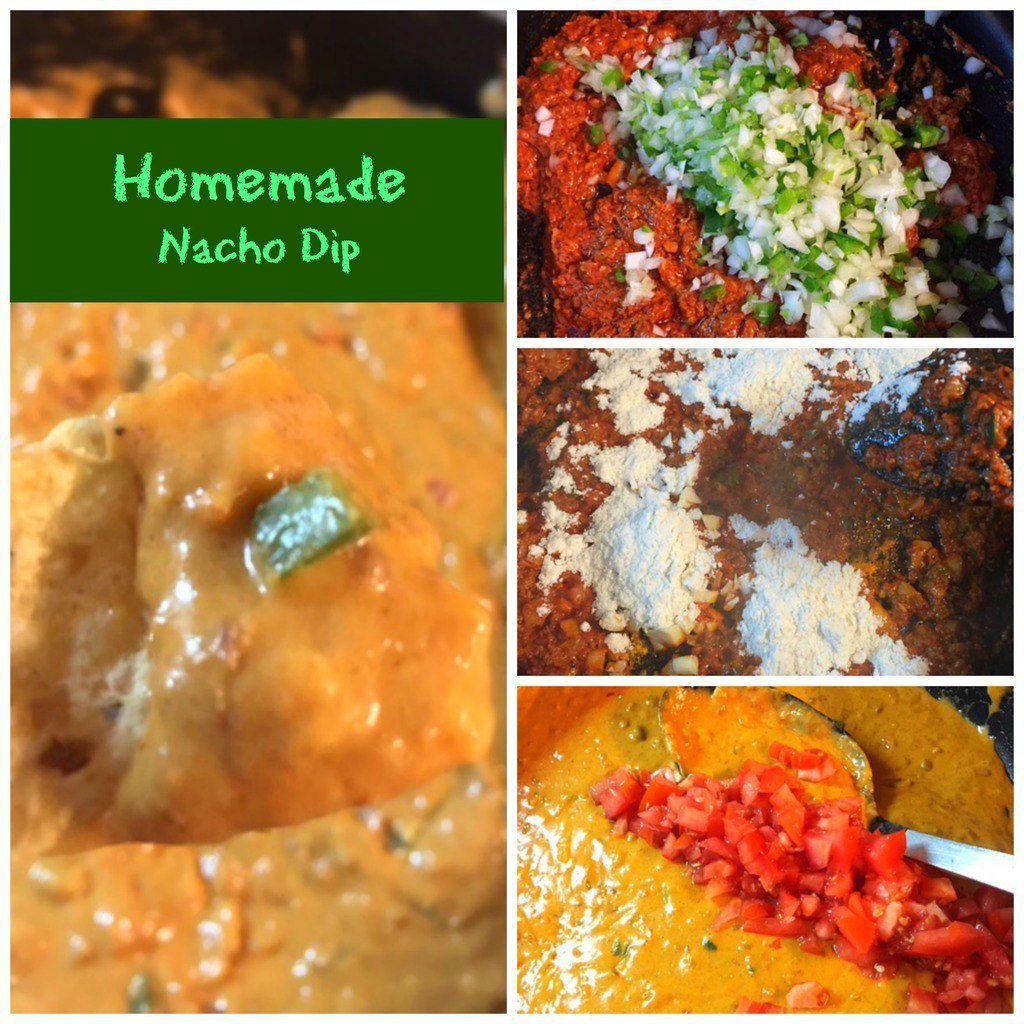 Update 2/16/2016:  I’ve made this recipe a few more times and have tweaked the recipe just a bit, it was wonderful before, but it’s even better now!  I doubled the chorizo and added in a bit more milk.  The chorizo queso is now even spicier and more addicting.  If you like a milder nacho cheese dip, then use just one tube of chorizo. 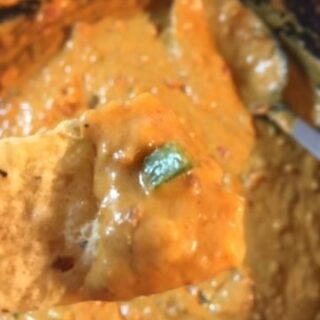 129 Shares
Pin105
Share1
Tweet1
Reddit
Yum22
Pocket
Email
Print
Click here to cancel reply.
I hope you love the products I recommend! When you buy through links on HangryFork.com, I may earn a small commission at no additional cost to you. Learn more